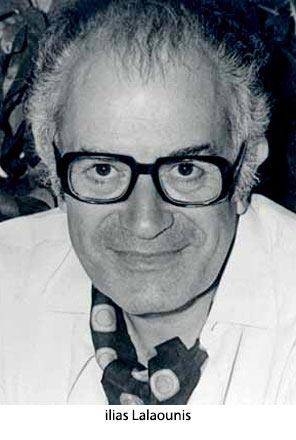 Ilias Lalaounis was born in Athens in 1920, the third generation of a family of goldsmiths and watchmakers from Delphi.

After studying economics and law at the University of Athens, he decided to join his uncle’s jewelry firm, where, apprenticed as a goldsmith, he learned the skills that were to determine his future as a master craftsman.

In 1941, while Greece was in the grip of WWII, Ilias Lalaounis took over the family firm. Prompted by a passion for history, he began studying the art of his ancestors.

In the 1950’s, while Greece was recovering from the war years, Lalaounis’ vision became clear: he decided to breathe new life into Greek museum artifacts and transform them into jewelry by reviving age old techniques while also introducing the use of modern technology.

His craft would not only be about producing an object of beauty;
he would also seek to convey the spiritual and symbolic link of an object to its historical past. 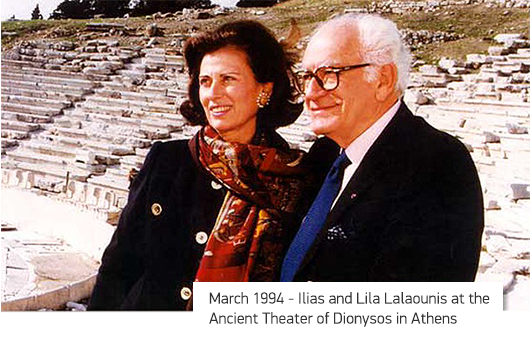 In order to perfect his art, Ilias Lalaounis needed not only to grasp the idea behind those ancient creations, but also to school his fellow craftsmen in the art of neglected/forgotten techniques, such as granulation, filigree, hand-weaving and hand-hammering.

Lalaounis founded the Greek Jeweler’s Association and exhibited his first collection in 1957, the ‘archeological collection,’ inspired by Classical, Hellenistic and Minoan – Mycenaean art. With modern jewels steeped in antiquity, this was anachronism at its most refined and the world took note.

In the 1960’s, after his uncle passed away, Ilias Lalaounis decided to branch out on his own. He started his own company with its headquarters on Karyatidon street, at the foot of the Acropolis.

Unlike his peers, who favored diamonds and large stones, Lalaounis found early on his calling in gold, ‘the most human material,’ as he called it. His collections, dripping in 18 and 22 karat gold, were inspired by the art of many different cultures and periods. His interest spanned from prehistoric to Minoan art, from Persian to Byzantine, from Chinese art to the art of the Tudors.

In the 70’s, Lalaounis provoked a sensation with his collection ‘BLOW UP,’ draping the human body in gold jewelry. He followed this by redefining new means of expression, inspired by spheres such as nature and science, flowers and biosymbols, the random movements of animal and plant cells, orbits and constellations.

As appreciation of his work spread, the business continued to grow, expanding throughout Europe, Asia and America.

He became the first goldsmith to be honored by the Institut de France, Academie des Beaux Arts et des Lettres, for his inspired contribution to the art of jewelry creation. 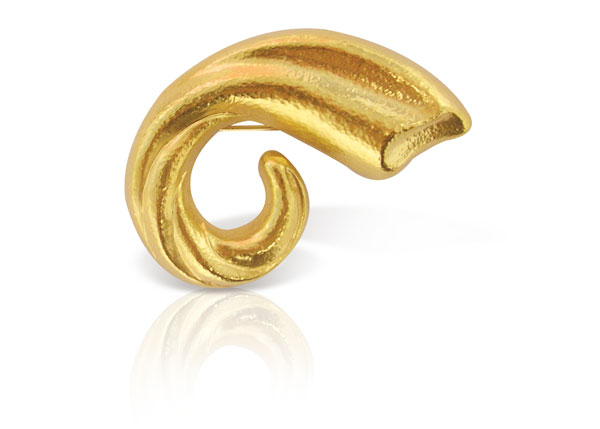 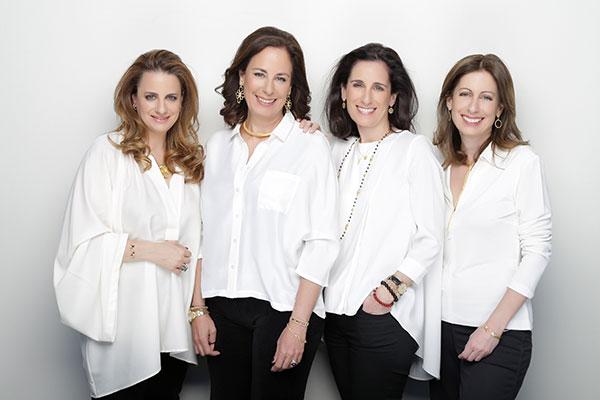 Since 1998 the mantle of Ilias Lalaounis’s inexhaustible creativity has been passed on to his four daughters, Aikaterini, Demetra, Maria and Ioanna, who are taking the iconic brand to new heights of excellence and design. They continue passionately a long family tradition and ensure that the LALAoUNIS legacy will be passed on to the next generation. Aikaterini Lalaouni is co-CEO Greece. Together with her daughter Laoura, who oversees the company’s Social Media, they are responsible for PR for the Greek market. Demetra Lalaouni Auersperg-Breunner is the company’s Intl CEO. Maria Lalaouni Boutari is co-CEO Greece and the company’s Creative Director. Ioanna Lalaouni is the Director of the Ilias Lalaounis Jewelry Museum, a non profit organisation founded in 1993 and devoted to the art of jewelry and decorative arts.

Home
Cart (0)
Wishlist (0)
Login
We use cookies on our website to give you the most relevant experience by remembering your preferences and repeat visits. By clicking “Accept All”, you consent to the use of ALL the cookies. However, you may visit "Cookie Settings" to provide a controlled consent.
Cookie SettingsAccept All
Reject All
Manage consent

This website uses cookies to improve your experience while you navigate through the website. Out of these, the cookies that are categorized as necessary are stored on your browser as they are essential for the working of basic functionalities of the website. We also use third-party cookies that help us analyze and understand how you use this website. These cookies will be stored in your browser only with your consent. You also have the option to opt-out of these cookies. But opting out of some of these cookies may affect your browsing experience.
Necessary Always Enabled
Necessary cookies are absolutely essential for the website to function properly. These cookies ensure basic functionalities and security features of the website, anonymously.
Functional
Functional cookies help to perform certain functionalities like sharing the content of the website on social media platforms, collect feedbacks, and other third-party features.
Performance
Performance cookies are used to understand and analyze the key performance indexes of the website which helps in delivering a better user experience for the visitors.
Analytics
Analytical cookies are used to understand how visitors interact with the website. These cookies help provide information on metrics the number of visitors, bounce rate, traffic source, etc.
Advertisement
Advertisement cookies are used to provide visitors with relevant ads and marketing campaigns. These cookies track visitors across websites and collect information to provide customized ads.
Others
Other uncategorized cookies are those that are being analyzed and have not been classified into a category as yet.
SAVE & ACCEPT
Bracelet sizing guide

How to measure your wrist:

LALAoUNIS uses standard ring sizes. Please refer to the chart below for EU, UK and US sizes. The chart is for reference purposes. LALAoUNIS can't be held responsible if the wrong size is selected.

Depending on the style of the ring and the shape of the shank, we may need to slightly adjust the ring size.

Please contact us should you require any further guidance. We are always here to assist you.